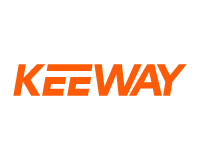 After quite a while, the Indian market has witnessed the arrival of a new two-wheeler brand, that’s not into EVs (for now, at least)! This time, it’s the Hungarian brand Keeway that’s landed on our shores. Originally from Hungary, Keeway is present in 98 countries across the globe and is presently owned by China’s QJ Motor, the same group that also owns Benelli. Therefore, Keeway will operate via Benelli in India and will use the latter’s sales channels instead of establishing its own sales network. Keeway products will also be assembled in the same facility as Benelli, via the CKD route.

Coming back to Keeway, the brand recently revealed three of the eight products it plans to launch here within this year. These were the K-Light 250V Cruiser, Vieste 300 maxi-scooter, and Sixties 300i retro-classic scooter. All three products are expected to launch by the end of May, with deliveries expected to begin in June. In the meantime, online bookings for all three products are open @ ₹10,000. Here’s a look at what each product has to offer:

The Keeway K-Light 250V’s claim to fame is that it’s pegged as the only cruiser in the 250cc segment to get a V-twin motor and belt drive. The V-twin is a 249cc air-cooled, four-valve unit that develops 18.4bhp and 19Nm of torque.

One of the two scooters unveiled by KeewayIndia is the rather smart-looking Vieste 300. It is powered by a 278cc, single-cylinder, four-valve, liquid-cooled engine that’s good for 18.4bhp and 22Nm of torque. Sitting on 13-inch alloy wheels, the Vieste 300 offers front & rear disc brakes, dual-channel ABS and telescopic front suspension.

Perhaps the most interesting offering of the lot, the Sixties 300i gets the same engine and power output as the Vieste 300. However, what sets it apart is its retro-classic styling melded with a conventional scooter body. At 1,985mm, it’s longer than the Vieste 300 (1,930mm), which gives it pretty interesting proportions overall. Even in terms of the feature offerings, the kit remains pretty much the same as that of the Vieste 300.